Between the Devil and the Deep Blue Sea

Sunday December 31st., 2000 was a watershed moment for Saint Lucia when worshipers at the Roman Catholic cathedral in Castries, while lining up for communion, were hacked and set ablaze by two crazed men. During this horrific episode, with some 400 worshipers present, the attackers set the center aisle carpet alight and then made their way to the altar where they set fire to the priest, Rev. Charles Gaillard, and then the altar.

A nun, Sister Theresa Egan, 72, of Ireland lay dead and 12 others wounded. Father Gaillard died of his wounds months later. A member of the congregation later describing the attack said, "It was like a scene from hell." And indeed it must have been for so many there that day.

That fateful day was Saint Lucia's baptism by fire, both figuratively and literally. It was our 9/11 before it even existed. It was our Charlie Hebdo and Paris attacks all in one. Never in the history of our fair Helen had such a demonic and vicious act ever occurred, shocking the nation and the region. Notwithstanding crimes were nothing new in our island, the vicious and calculated assault on worshipers in church was seen as  nothing less than inspired by the devil himself.

And so the downward spiral began. It was as though the Cathedral assault opened the floodgates to some of the most heinous crimes seen in Saint Lucia. Our judicial system was in shambles and continued to fail in meting out justice, in a timely manner, to those apprehended for crimes. The backlog of cases grew exponentially and the obvious consequence was justice delayed, seriously delayed. In fact the two men apprehended and charged for the Cathedral murders would remain on remand for twelve years until their final appearance before the courts in February 13, 2013.

Others have remained on remand at the Bordelais Correctional Facility for many years, sometimes longer than the incarceration penalty if they were to be found guilty of the original charge. Yet nothing meaningful has been done to alleviate this ever worsening situation through different administrations. One inmate had recently been on remand since 2001 and many consider this alarming situation as a gross violation of human rights.

Fast forward to 2016 and all about us has crumbled. Saint Lucia is in a quagmire of immense proportions as our country is beleaguered with challenges like never before in our history. The justice system continues to be burdened and ineffective; the economy is teetering on the edge of disaster; the national debt continues to rise; and  IMPACS has been a lead weight around our necks.

Once the envy of our sister islands Saint Lucia has now become desperate. Desperate for money, desperate for investment, desperate for anything. With a decimated agricultural industry and overly dependent on tourism (80% of GDP) we are the whims and fancies of forces beyond out control. Poor Helen has become a crackhead laying in bed with dubious characters to feed its mismanagement addiction. We have begun to associate with people who have nothing in common with us and clearly desire to use our desperation to fulfill their own calculating agendas. As we continue along this path of desperation, neglecting the most basic responsibilities, our situation worsens. It has gotten so bad that the United States, the European Union, United Kingdom, and France have begun to put the squeeze on us delivering nothing short of an ultimatum, last week, to our Prime Minister..

But who is to blame for this predictable demise from which we must now extricate ourselves? 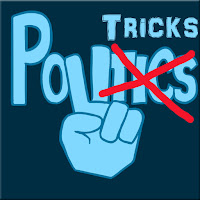 Because of party politics and what can be considered nothing less than political gangs our island has been divided by colours; political colours. As a result successive administrations have been given free passes by the party faithful to do as they please. Those who stand to gain contracts, gifts, foreign appointments, jobs, or a host of other benefits turn a blind eye to the doings of their respective coloured representatives. Any issue of national importance is viewed solely dependent on which side of the political aisle one's party sits. Egregious acts of maladministration will be ignored and every conceivable excuse made to shield those whom we support. Such permissive behaviour has continued unabated for so long that we are now dealing with a juggernaut that is now the runaway St. Lucia train.

When our public officials have been called upon to account for mismanagement, and to clarify matters of intense national scrutiny, we are met with deception and distraction. Polarism and obstructionism are the stratagems of choice to whittle away at the resolve of the people which eventually results in their abandonment of a search for any meaningful explanation on these very matters of critical importance. This flies in the face of any accountability expected of our elected representatives. The three Bs (Bullshit Baffles Brains) principle is the frequently relied upon strategy to accomplish this outcome.

Recently, in a matter of intense public scrutiny and debate, the CEO of a government body, with every ounce of defiance he could muster, boldfacedly said on Radio Saint Lucia that upon being served with a warrant by the police he refused to provide to them the evidence which they requested. His explanation for such unlawful action was that, in his estimation, such evidence was not necessary in their investigation. Incredible! Yet, a government replete with lawyers, an Attorney General, and other legal minds found nothing wrong with his actions. There was no censure, firing, or disciplinary action of any sort, handed to this employee of the state. It should come as no surprise that his blatant disregard for the observance of the laws of this country sends a very dangerous message to impressionable minds in our society. To date, this individual remains employed in the very same position.

And yes, when utterances by politicians about others ascending into high office can only happen "over my dead body" how much lower can we descend as a civilized people? Knowing full well the effects that such pandering can have on unstable minds it is amazing more uncommon sense does not prevail. Political strategies to rile up supporters have a strange way of mutating in the populace morphing into an uncontrollable beast. Again, condemnation has been mute. Sometimes I wonder how our elected officials feel when they meet their foreign counterparts. 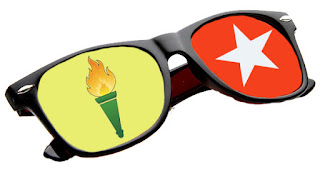 It is long overdue for our elected, and aspiring  officials to understand the realm within which they have entered and behave appropriately. Again, sadly, those wearing the same coloured lenses will see nothing wrong and will be entranced by the KoolAid given them to drink. Just like Jim Jones, David Koresh, and other cult leaders, our politicians have indoctrinated those who find it difficult to engage in independent thought into a stupor of faith until death. They exist in an alternate reality far flung from the truth and oblivious to the truth.

Whether it be Tuxedo Villas, Rochamel, Grynberg, Taiwanese Funds, Juffali, and now biggest disaster in recent memory, IMPACS, party faithful will still think along well defined and predictable lines. Although the consequences, to us as a nation, are as clear as the moon over the pitons on a cloudless night  party colours have again turned a national crisis into political gang warfare with some of the most ridiculous reasoning imaginable. The nonsensical explanations and distractions proffered as spin is pathetic and indicative of the lack of regard, insult to intelligence, and downright contempt for the people of Saint Lucia.

IMPACS has been a shell shocker. But even Coco (Jim Snow) could have seen that one coming a long way off. We have all been exposed to the varying twists and turns to this disaster, with the ever changing explanations depending on what new bit of information surfaces. Currently it is of us being a sovereign nation being dictated to by countries who have similar human rights violations.

Wake up call - Another country's guilt does not justify or exempt ours!

When we accept U.S. taxpayers' money to finance our police force, provide training and materiel, as a sovereign nation, we make ourselves accountable and liable to them as far as the use of those funds. Whether we like it or not that is the deal. They can withdraw those funds if we violate the human rights of our own citizens. And especially if cries of such injustices have come from within our very own borders why would we even have a quarrel with those actions against us? Lamentably, these calls for action have been ringing from all over Saint Lucia for years yet no one gave a damn. Again, as always, the people were dismissed as nuisances, politicizing issues, anti-government, and more. Foolish pride abounds when we refuse to acknowledge our mistakes.

IMPACS is the culmination of so much that has been allowed to go wrong in Saint Lucia, year in and year out. We have arrived at this unprecedented juncture because of our lack of accountability as a nation. The coddling and shielding of our elected leaders who swore to better our life as an independent nation nurtured their misguided sense of entitlement.

As a nation we must now be brutally honest with ourselves. The tactics and political strategies employed by some have been seen elsewhere from desperate politicians who will do and say anything to silence critics and remain in office. They have adopted the notion that fear and hate are the two greatest motivators of voters. A lack of self restraint and respect for the very people whom they represent is at the core of their unbridled and unashamed contempt.

Saint Lucia is a country of laws and is a member of the United Nations which means we subscribe to The Universal Declaration of Human Rights. We demand at the United Nations and vote for sanctions against independent countries which do not observe the human rights of their own citizens. What, then, would make us exempt from similar action particularly from the countries to who we go cap in hand?  And if our very own people cannot get the recourse which they need in a timely manner why would we expect not to have our feet held to the fire when we demand the same accountability of others?

The Americans, European Union, United Kingdom, and France have used coded language to convey, in diplomatic terms, the most forceful demands to our government to rectify IMPACS and other critical human rights issues which we all agree must me addressed. Like it or not we have no one to blame but ourselves.

Regardless of administration we must do what's right or face continuing sanctions as those which loom on the horizon if we do not. If Saint Lucia succeeds we all benefit, if not, we all go down

As a people we must also abandon our comatose political state of immaturity and demand accountability from our elected officials and ourselves. If we do not our demise will follow the same track as other countries which have gone this route before. We must no longer tolerate stoic unresponsiveness and unresponsive officials who believe we are not worthy of their attention and consideration. They were elected to serve our needs and not theirs. The electorate is the employer and shall not be ignored.

If we do nothing sweet St. Lucia will continue to be stuck between the devil and the deep blue sea awaiting a harsh yet uncertain fate. Our fate as citizens will be self inflicted if we  do not rise up, raise our voices and demand action. This is no longer about airing dirty laundry or misplaced egos.

What we have seen is bullshittery and gwennery with liberal doses of jackassery. Time to clean up this 'see-see mal pied.'