I have wondered for quite some time, what the exact amount is for Saint Lucia's national debt. Year in and year out we hear of loans being taken by our government, for a multitude of different reasons. There have been budget debates, and House sittings, but somehow the exact amount seems to be as elusive as the national bolom and escapes the lips of our elected representatives. Or could it be that my use of Q-tips has failed to be as thorough is it should be?

Asking many friends was no help in shedding too much light on our debt situation. They all seemed to know that it was some astronomical amount but were not quite sure exactly how high. This was amazing to me since ultimately the payback, of whatever this colossal amount is, rests squarely on the shoulders of the people of Saint Lucia. Is it tens of millions, hundreds of millions, or even billions of dollars in debt?

And with all this brouhaha about our high debt, wage freezee, layoffs, and rumours of war and famine, and destitution...blah blah blah; how does the ordinary man in the street relate, or have any clue, to the debt that looms over our heads. Will Saint Lucia be seized to pay off our unpaid debt which has so many zeroes on the end? Can out lenders somehow demand the money we owe from every single Saint Lucian? Imagine that! 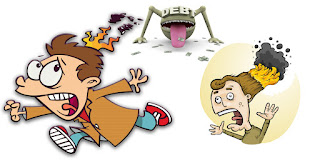 But still the question prevails, how much do we owe?

Not being one to just sit on my derriere shooting the breeze I finally decided to tackle our mysterious national debt by the horns and ask publicly in the ONELUCIAN group on Facebook (a closed group) whether anyone knew exactly what our debt numbers were - well I should have done it sooner. BI had barely posted my question when the responses came rattling in - links galore! The  numbers were right there for my dry eyes to see. I had no tears and neither could I scream. Those dry, horrific figures gave me the biggest gorjette I have ever received. I felt like sucking my thumb and going to sleep. I wanted to cry for my mommy but couldn't. Eventually I was able to gather enough strength to raise my arm and administer a slap and gorjette to myself - I was in a daze. How much you ask? Wait for it...

http://www.ecseonline.com/documents/RevisedProspectusforPublicationGSLU.pdf
See page 40 and down: Debt Analysis. A document by our own government. 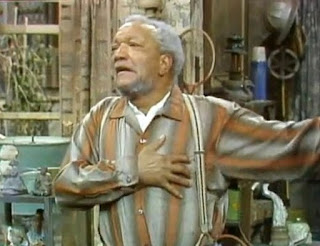 However, as colossal as it seemed how does the regular man in the street appreciate the enormity and severity of such an amount in a Saint Lucia context. Of course he will say it is a big number, in fact he may most likely say "dat's a lotta monee ee" or "whole chou nous pas bon."  But how does the ordinary man in the street really quantify the meaning of such a large sum of money.

Realizing the dilemma the ordinary citizen will have in fathoming our debt situation I have put together a few slides to break those numbers down into visible comparisons..
(click for full sized photos) 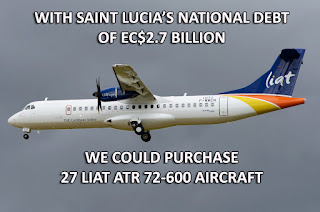 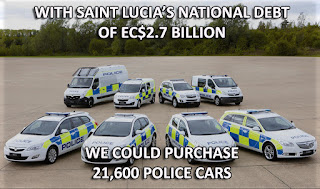 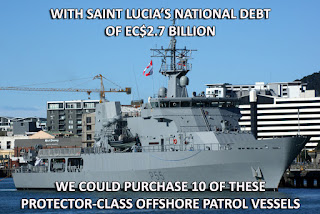 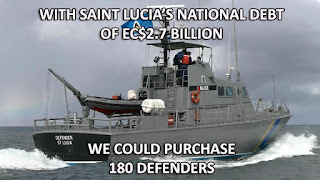 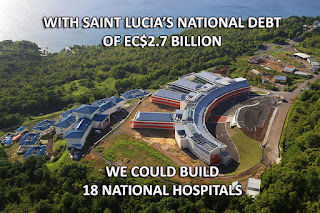 So, where do we go from here? Is the debt collector gonna come knocking pretty soon? Will we have to make bom to pay off all of this debt? Well, that's gonna take a whole lotta of bom, I can tell you! Or will we do like most debtors and begin selling off or leasing any meaningful assets in order to raise funds?

Wait, have this already begun happening in Saint Lucia? Will they resort to selling off chunks of fair Helen and sell our passports for economic citizenship? Will they sell the Pitons? Ooops, seems like they already tried that? Sell the beaches, Pigeon Point, Black Bay, Pointe Sable, Hewanorra Airport,  WASCO, and a host of other lucrative properties? 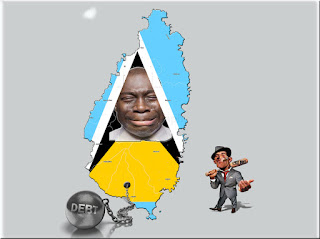 But how do we fix this mess? It's all well and good to pay off what we owe, but what about the underlying practices which have caused us languish under this colossal debt in the first place? Something is terribly wrong with how we do business as a nation and needs to be changed pronto! I daresay this debt has been accrued in the past 20 years. This means we've borrowed, on average, EC$135 million per year!  What can we show for all this debt?

It seems our only meaningful earner is tourism which amounts to 80% of GDP! This is nothing short of lunacy when every aspect of this industry is out of our hands. Agriculture and everything else has been allowed to deteriorate Many years ago we boasted about Agriculture, Industry, and Tourism. Is tourism really benefiting Saint Lucia as much as we are made to believe? Of course it pays the bills, but can't we be sensible and not put all our eggs in one basket? For crying out loud it's a debt of EC$2.7 billion!  We're constantly bombarded by new record figures in tourist arrivals yet witness so many layoffs in the tourism industry. How much of the tourist dollar actually stays in Saint Lucia? Maybe they should also release the figures on tourist spending; that would be a more sensible indicator.

If our debt situation is not fixed we will surely languish in our version of the black hole of Calcutta!