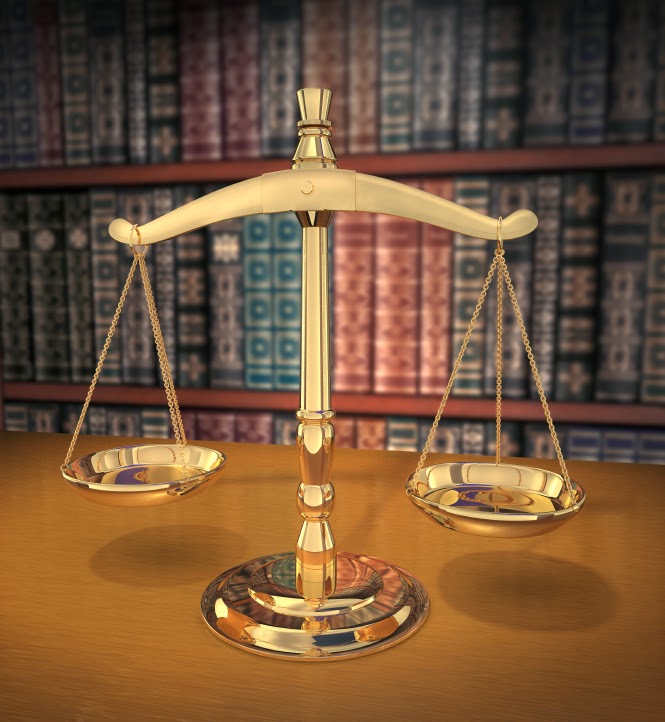 Today we at Zandoli are truly saddened by the unwarranted and baseless allegations made against our organization by one Rohan 'Roaks' St. Marthe. It is fitting to note that Mr. Rohan St. Marthe was a member of Zandoli for a short period of time from July 18th-25th., 2014.

Because of medical issues, which Mr. St. Marthe had published publicly online, he ceased to function in his capacity as a member of Zandoli. He had been offered the position of Director of Public Relations as we felt his participation would benefit the organization. Although members are required to pay an annual US$30 membership fee Mr. St. Marthe had not paid his dues up to the time of his illness. In fact at our telephone conference of directors Camille St. Omer appraised all in attendance of his condition and urged that he (Mr. St. Marthe) be kept in our prayers. See Zandoli blog post dated July 25, 2014 here. Nevertheless, Zandoli and Mr. St. Marthe parted on good terms and maintained occasional contact since then. It is of importance to note that the functions of Public Relations Director were assigned to an intern in the name of Tanisha Jn. Baptiste who was working on her Master's degree.

It is also important to note that Zandoli International Foundation is a duly registered non-profit corporation #0400674199 in the state of New Jersey in the United States on July 18, 2014. Certification # 132932897. 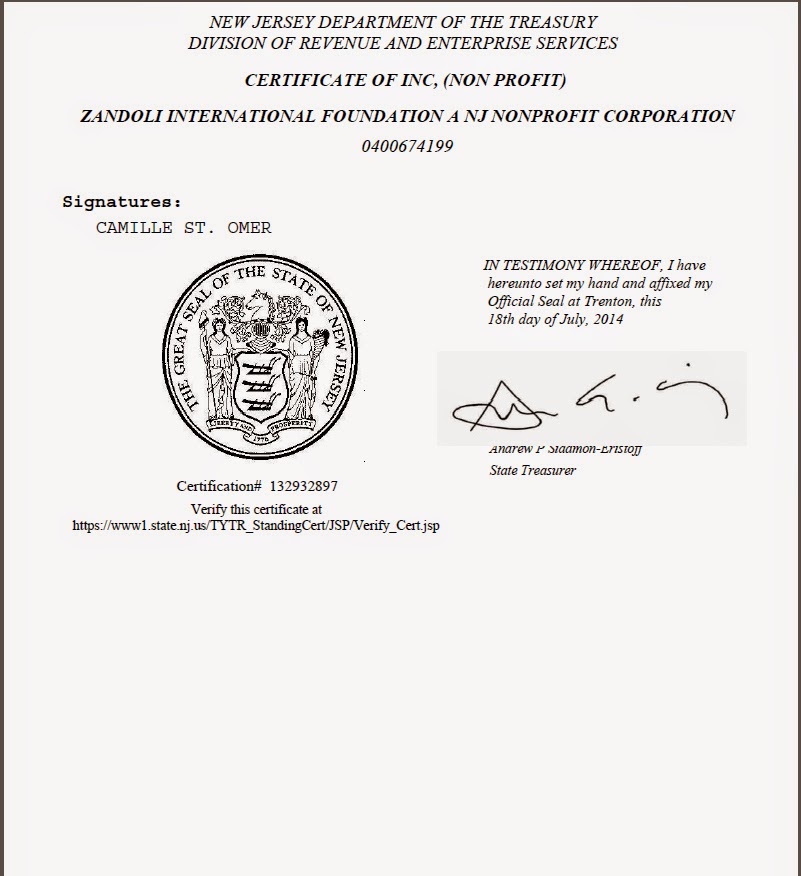 During the course of the past few days there has been an increasing number of deliberately false accusations made against Zandoli International Foundation by Mr. St. Marthe regarding our operations and agenda. It has all come to a precipitous head in the early hours of this morning when Mr. Rohan St. Marthe posted a tirade of baseless aspersions on the Facebook page of SLAP (an organization where he is the founder/administrator, and also on his personal Facebook page under his name as Rohan Roaks. On both pages he posted as Rohan Roaks. These posts were made at 1:05 am EDT today on his wall, and eleven minutes later, at 1:16 am EDT today, on SLAP's wall. 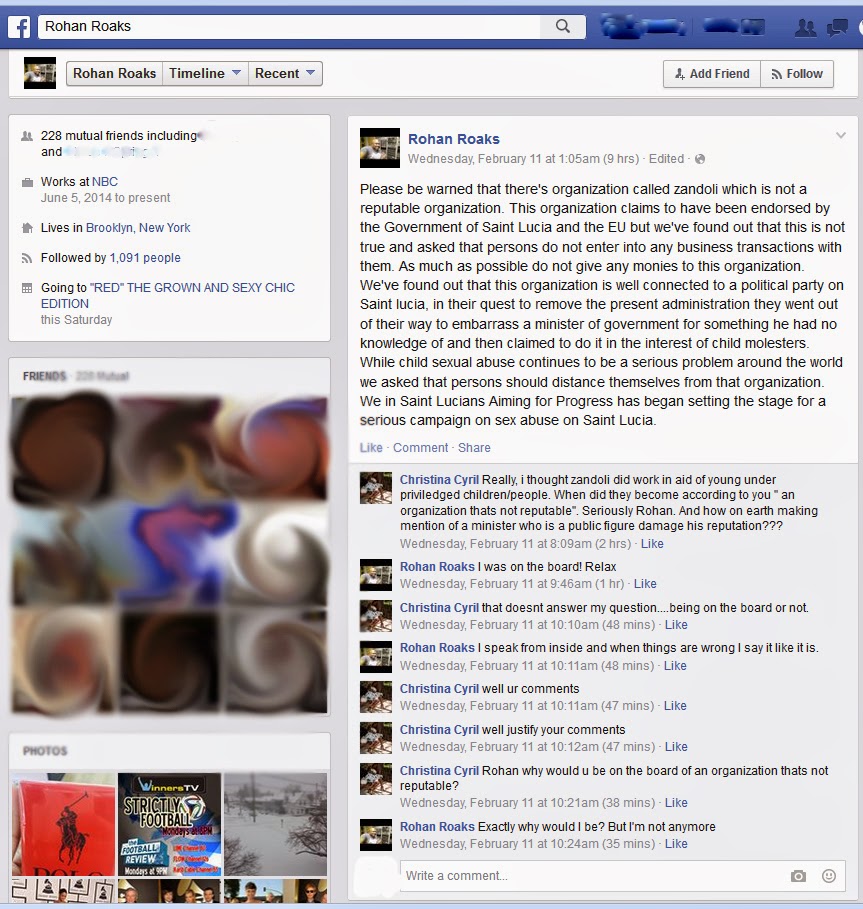 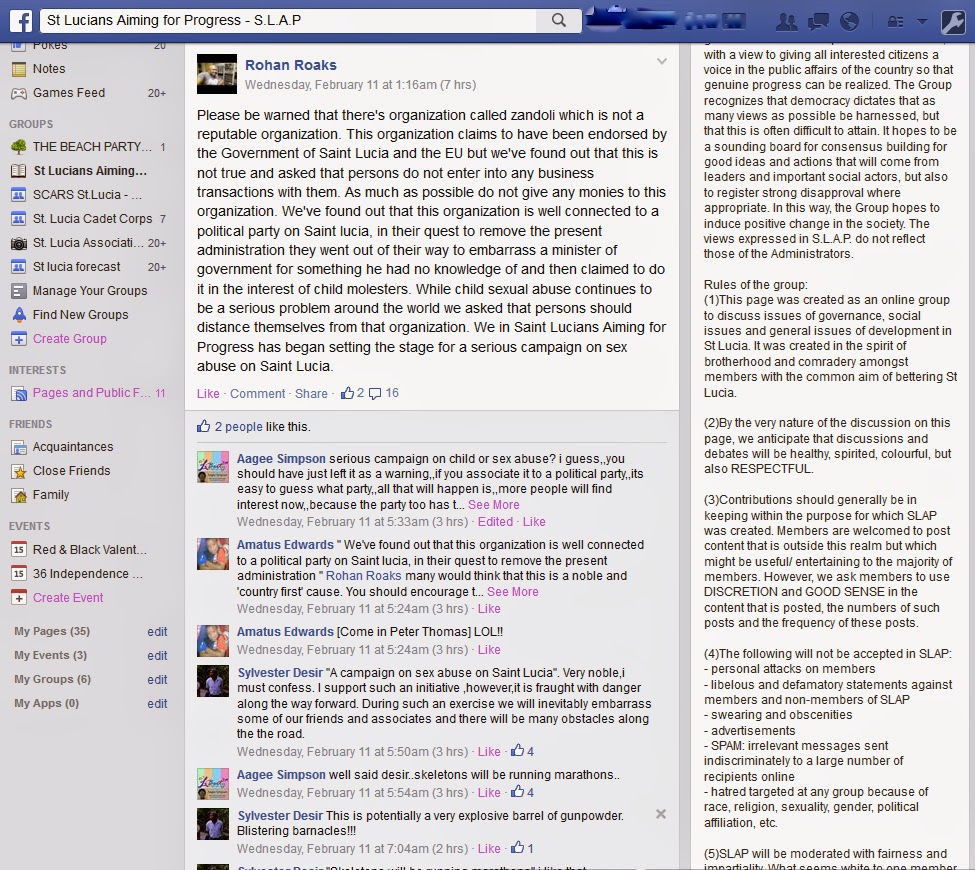 We at Zandoli find it necessary to clear the air on these baseless and malicious accusations by Mr. St. Marthe as we have worked diligently in the interest of victims of sexual abuse, rape, and particularly child molestation in St. Lucia since the inception of our organization.

As a result of these slanderous statements which call into question the integrity and character of the members of Zandoli we find it necessary to address these callous statements made by Mr. Rohan St. Marthe:

"Please be warned that there's organization called zandoli which is not a reputable organization"
How are we not reputable?

"As much as possible do not give any monies to this organization."
Any monies, supplies, or any other assistance donated to Zandoli is received for the benefit of the underprivileged and sexually abused persons in Saint Lucia.

"We've found out that this organization is well connected to a political party on Saint Lucia, in their quest to remove the present administration they went out of their way to embarrass a minister of government for something he had no knowledge of and then claimed to do it in the interest of child molesters."
Which political party is Zandoli supposedly connected to in Saint Lucia? And how have we tried to remove the current administration? The minister's name was mentioned as a matter of fact, and we expect, just as with any other reasonable person, that the minister would have been embarrassed by the sexual abuse conviction of his brother, whether it was publicized or not. Zandoli wants to state, categorically, that we have never done anything in the interest of child molesters. EVERYTHING we do is against the interests of child molesters and in the interest of the VICTIMS!

"While child abuse continues to be a serious problem around the world we asked that persons should distance themselves from that organization."
What justification do you have for demanding such action against Zandoli?


Zandoli International Foundation is very well aware that the prevalence of sexual abuse, particularly rape and child molestation is a very real problem in Saint Lucia and that the solution will not come from only one organization. For this very reason we have sought to partner and collaborate with a number of organizations in Saint Lucia and join hands to eradicate, as best we can, this despicable scourge which infests our beautiful island.

We continue to recognize the significant input of organizations such as CAFRA, RISE, PROSAF, churches, and other groups and individuals in this fight. Together we can make a significant stride forward.

Zandoli takes this opportunity to again, vigorously, forcefully, and in the strongest terms refute all allegations made by Mr. Rohan 'Roaks' St. Marthe. We refuse to be sidelined as the work which we have begun is too critical at this point. We further refuse to be maligned or intimidated by Mr. Rohan Roaks.

Wasted time dealing with this issue is time lost in making a meaningful change. If we are to ask victims of sexual crimes to not be intimidated by their abusers then we cannot bow down and capitulate to this calculated attack on our organization. It would set a bad example for the victims.

It is with great relief we notice the posts on Mr. St. Marthe and SLAP's walls have been taken down.

We can only assume that Mr. St. Marthe saw the folly of his actions.

As we had stated last year, "We wish Mr. St. Marthe all the best and our prayers are with him."

Zandoli takes this opportunity to call on all good Saint Lucians to join in this fight against child molestation, rape, and all other sexual abuse in Saint Lucia.

As our great national anthem says in its final lines:
Justice, Truth and Charity,
Our ideal forever be!