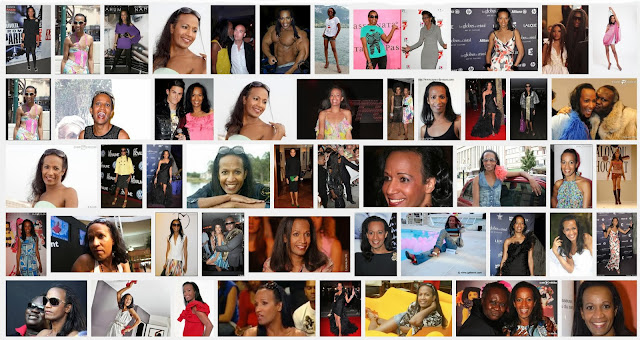 To most St. Lucians the name Vincent Mc Doom is nothing new. Having gone to Paris, France many years ago Vincent has made a name for himself in the fashion and modeling industry throughout Europe. Well known for his fiery personality and a no-holds-barred mentality he has been able to survive and rise to a level that most can only dream of in the dog-eat-dog world of the fashion industry. From his humble and traumatic beginnings he had an eye for fashion and design which catapulted him to great heights the moment he was given the opportunity to rub shoulders with the big names like Paco Rabanne, Guillemin, Talenzi, Guy Laroche and André Walker.

Notwithstanding his success Vincent has never forgotten his roots in St. Lucia. He maintains constant ties with many in the fashion and design industry locally and is always willing to offer from his wealth of experience and savvy.

In considering the person to be named as the most significant and influential in any year it is important to evaluate not only their individual achievement but also their influence and long lasting impact on others. In my opinion Vincent Mc Doom has been able to meet this criteria and more. Accepting the call from St. Lucia Tourist Board's call to assist in the addition of Fashion as a new aspect to the St. Lucia Jazz Festival 2013 he graciously offered his services for free as the artistic director. According to Vincent it was an opportunity to give back to his country.

Since then Vincent has remained a dominant face on the local scene. He was able to prepare, in quick time, many uninitiated and aspiring models for the blockbuster HOT COUTURE fashion show which was held in May and was a raving success by all accounts, clearly attributed to Vincent's undaunting resolve and hard work. He has since then championed the fight for fair treatment of models and others in the fashion industry, at many times coming to odds with those who did not share his views.

His presence has been felt throughout the blogosphere with his mastery of Facebook, Twitter, and other social media all in his arsenal of tools for getting his message and point of view up front and center. Although he has been called many names, some not too savoury, Vincent continues to advise and support many in St. Lucia's fashion and modeling industry. The models certainly love him and what he did for them. Since HOT COUTURE up-and-coming St. Lucian models have graced the runway in L.A. at the LA Fashion Style Week with rave reviews. Throughout 2013 Vincent has become a household name like no other.

Excelling in film, reality TV, fashion, and lately the movies. Vincent has a long repertoire of accomplishments through the years from which he has borrowed many an experience to pass onto our aspiring models and fashion hopefuls.


In his own words. Interview with Clinton Reynolds on DBS Newsmaker Live:

Like many in the fashion industry Vincent Mc Doom is loved by many, then there are others who have a love-hate relationship with him. Nevertheless he continues to excel and push the barriers wherever he goes. Remaining in the spotlight and being the subject of conversation for most of the year has catapulted Vincent Mc Doom into being even more than a casual household name. In true Vincent fashion his name makes people sit up and take notice. Many a politician would die for his mastery at publicity and charisma. A champion to many who felt they didn't have a voice Vincent continues to do his thing.

Love him or hate him, Vincent Mc Doom rocked St. Lucia in 2013 and by far was the most influential and visible.

As a result, on our National Day, I find it fitting, and I'm very pleased in naming Vincent Mc Doom St. Lucia's Person of the Year 2013.

Posted by Nobbie at 1:18 PM No comments: