LOST IN THE FOG OF STUPIDITY

I love rainy days, and yesterday was a devilishly rainy day. During the early hours of the morning many cœur faible (weak heart) St. Lucians were rudely awakened from their sleep by peals of thunder, while the lightning had others crying for their mommy; Lucians are such cowards. The city of Castries looked like a dump and a sewer as it usually does after any moderate rainfall; garbage was everywhere! Plastic bottles, chicken bones, dead rats, discarded jelly coconuts, plastic bottles, plastic bottles.....oh, did I forget to mention plastic bottles? Jeremie Street looked like the river Ganges with all it's filth. That monstrosity in the Gardens designed to avert flooding in the city was useless once again. At one point I saw what looked like an old Sebago shoe with a rat inside, steering, as it floated by. I could swear that rat looked me in the eye and shouted, "Land Ho!" 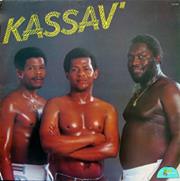 Many fans who had already purchased tickets for the sold out cricket match between the St. Lucia Zouks and the Jamaica Tallawahs were praying to the high heavens for a reprieve, "Oh God please make the rain stop so I won't lose my EC$25." Blasted hypocrites, you still haven't said those twelve Hail Mary's since the last time you  went to confession. Anyway! What is a St. Lucia Zouk? Somehow someone failed to inform me of this new exotic creature which has suddenly sprung upon the St. Lucia landscape. Could it have been a concoction of the great pharmacists Kassav? After all, they were the ones who said 'Zouk la c'est sel medikaman nous ni.' Is this 'zouk' thing, this creature, this whatever-it-is, dangerous? Is it an endangered species? Sighhhh. I digress.

After all the drama of obtaining a rare-as-gold ticket from a friend of a friend I made my way to the Beausejour Cricket Grounds. Cars were all over the place. Did I just go through the time tunnel and end up at a Yankees game at Yankee Stadium in the Bronx? Last minute stragglers were loafting (I know there's no such word) outside the main entrance trying to sneak their way inside or find someone who had a ticket to sell. I entered belle breeze. I had my ticket and nothing was stopping me. Belelesh! Now to find a seat in the stands. To hell with it, even though my ticket was for Laborie Stands I was heading to the Canaries Stands. After all, Canaries is the village of my ancestors, and damnit, I was going to be seen in the shabeen stands! Represent Nobbie, represent!

You must be wondering what the hell is Nobbie going on about today, aren't you? Well wait no more.

2013 saw Ricky-T win both the Groovy and Power Soca titles for St. Lucia Carnival. Hell, the man even won Road March as well. Quite a feat by any standard. But by golly, our artistes always seem to fall short just when you expect them to bring it over the top. Last night was no exception. I keep wondering when the music industry in St. Lucia will take things to the next level as far as image of artistes is concerned. After the dismal losses and final loss last night by the endangered Zouks, in true Lucian style there had to be an after-party. Damnit, St. Lucia lost but to hell with anyone who even thought that they would be denied a last lap jump up. To hell if Carnival had already closed it's doors until next year.

Running through the lineup of performers I expected that Ricky-T would perform. In anticipation I asked a friend, more than once, whether he was slated. I mean how could it even be possible that the vanquished were allowed to grace the stage at such an international event without the presence of the grand master himself, Ricky-T, with his now famous Sebago shoes ready to give soulye'. The temperature at Beausejour was a balmy 79 degrees with no rain from the heavens. It was a beautiful night. Sir Lancelot had just performed. The crowd was waiting. The MC was hinting about Sebago shoes. The crowd took the bait and were in a drunken, carnival-revived, frenzy. The MC, a guy who sounded like he ate too many hot potatoes as a child walked to the stairs near the back of the stage, and handed the mic to someone out of view. I was holding my breath like a star struck groupie. Damnit, the grand master was about to appear! From his performance and presentation a few weeks earlier I expected to be blown away. Rickt-T...Ricky-T....Ricky-T....I love you! Well not quite! That was the girl next to me. The crowd was heaving; guys smoking marijuana without a care in the world assaulted my nasal passages; little boys walking around with their mouths screwed up trying to look bad pushed through the crowd; little girls who should be in the company of their parents were running wild. One zegeleg girl was seated on the shoulders of a male friend getting a meg girl's view of the stage. The crowd was ready in orgasmic anticipation. Then Ricky-T came up the stairs and presented himself on stage. 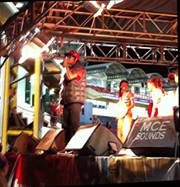 I was aghast. Could it be that I was under the influence of those marijuana fumes I had just recently inhaled? I know I had a malt, but it could not have been that. What was causing that for me uh? Was Ricky-T in a friggin bubble jacket? Wasn't I in St. Lucia after departing from the grand old US a few weeks earlier? I mean even if he had been in Brooklyn last night, by some strange time shifting process, he would not be wearing a bubble jacket. What the hell are you doing Ricky-T? I wanted to be dazzled. Some nice trendy suit; a sequined pants; some kinda dazzling outfit by a St. Lucian designer like J'aeylu; something to rival your appearance and performance for Carnival just a few weeks earlier. Instead you appear with a kiss-me-ass bubble jacket! In St. Lucia? Booooo!! Were you feeling cold my boy?

Stop pandering to the lowest common denominator. Step your game up man and get into the business of real entertainment. And get some props. You have admirers, groupies, followers. Get some Sebagos and toss them into the crowd after you autograph them. It won't matter if they were made out of cardboard. Glamourize your act and wow your fans. Get a Twitter account, get on Facebook, take it to the next level for Christ's sake. This malheureuse (malaway) mentality has got to go. Why do you think Machel Montana is so big now? He's not only targeting the crowd in Tunapuna or Laventille. Machel is now jamming clubs in Asia, Europe, and around the world. For too long we have been lax in our approach to entertainment and forgotten that it's a money making endeavour. At an event with reporters from all over the world, TV cameras galore, celebrities and other big name entertainers (incognito, and cognito), you failed to be anything other than another on-the-block sensation. You failed to step up your game last night. You should have rocked Beausejour like you were putting a baby to sleep.

Instead you looked like any other little bum or gangster wannabe. You had no wow factor last night.

Wake up out of your daze Ricky-T.